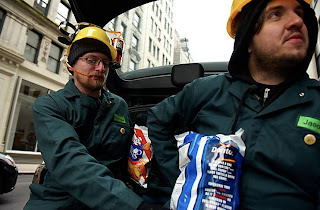 A lot of times we get questioning looks when mentioning our collaborative name 'Harvey Loves Harvey.' In order to set the record straight (no pun intended) we held a tailgate party Sunday afternoon. We purchased a variety of manly snack foods, energy drinks and drinking appliances. 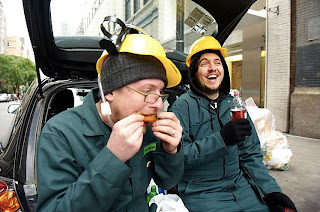 What's a manly man tailgate party without wings and a few laughs? 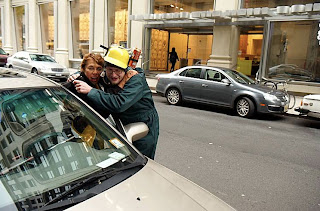 It looks like we're accosting the public, but they were just as excited about listening to the game as we were. No open containers involved, going to jail is kind of manly, but inconvenient. 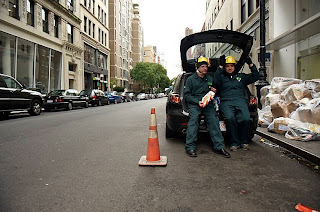 Photos by Rob Coshow.
Posted by Jason at 5:46 PM