Some new images from this past weekend's round of drawings for Unfixed/Unfixable. A larger grouping was successfully installed at 5th and 14th (though I later spotted a typo-a danger of working fast and looking at the letters upside down).

And after nothing but indifference from the authorities, I finally ran into a gentleman from the Union Square Partnership who demanded to see my permit. I stated plainly that I needed none and tried to explain the nature of the project but he was clearly not interested. An elderly woman he had been talking to prior to confronting me stood near by and while he called the police I attempted, in the most diplomatic manner possible, to engage with her, but she was so hot that nothing she said made any sense. Something about new sidewalks and the New School. I gave up, wandered back to the USP Rent-A-Cop and waited for the police. After a few minutes I decided I would call it a day, finish documenting and go home. I started back toward my truck (parked 2 avenues away) with my rolling cart of supplies. I loaded the cart, noticed Mr USP had followed and was diligently recording my vehicle's tag number. I walked the same distance 3 more times, taking stills and video and giving the police ample time to arrive. They apparently had more important things happening. 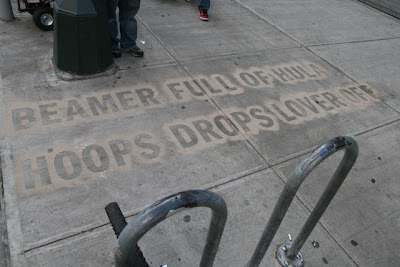 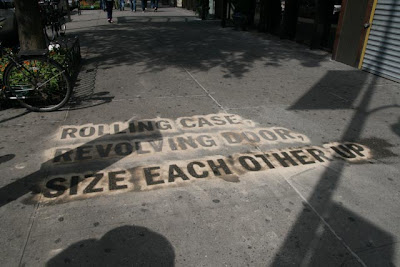 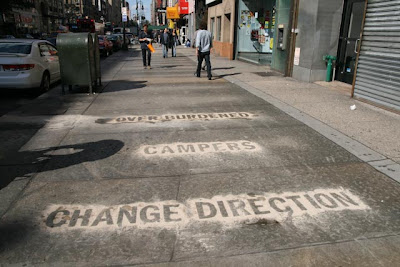 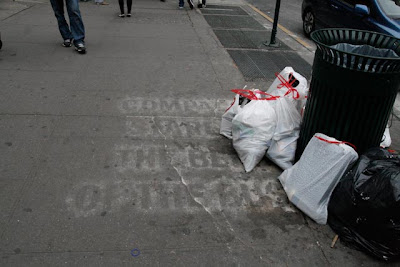 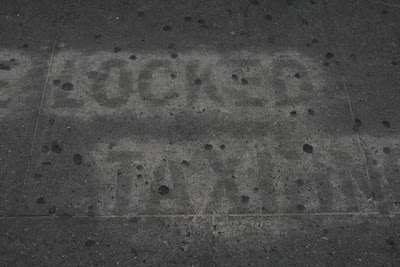 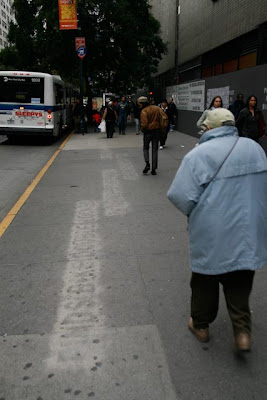 And a nice process shot: 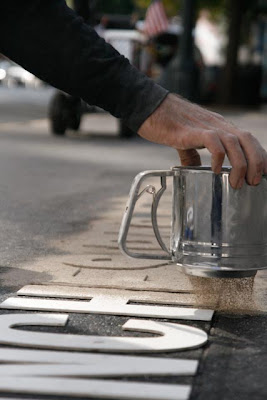 Thanks to Amber Boardman, Sarah Chacich, Jason Losh, Ziad Naccache and Eva Jung for all their help with documentation. And thanks to Andrew Bordwin for burning so much wood and Luna Rossa Pizza for keeping the ash coming.

See you out there.
Posted by Nicholas Fraser at 6:05 AM