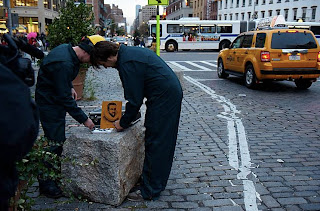 Henry Hudson has been under appreciated for many many years. HLH decided to hold a long overdue candlelight vigil to the great explorer on the corner of the Avenue named after him. Some candles were lit along with a flattering portrait of the man himself. 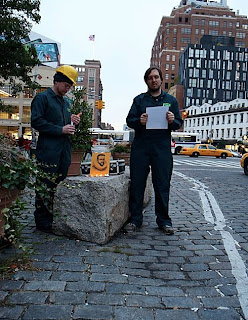 A short eulogy was prepared and read in Hudson's honor at dusk. It was an honorable speech commemorating his achievements and discovery of Manhattan island. 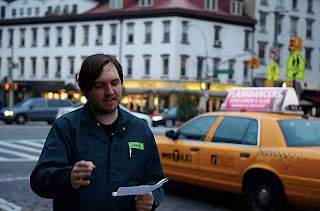 It was passionately delivered to the city, however unrehearsed. It was heartfelt tribute to an important part of history. It was windy and the candles blew out. 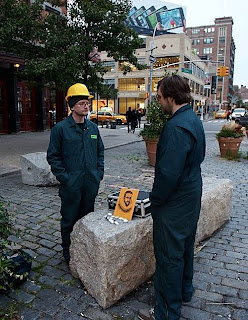 Another moment of silence was observed, it's the least we could do. 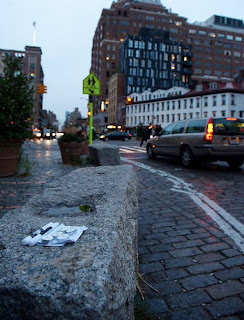 The candles and speech were left behind for future scholars.

Photos by Rob Coshow.
Posted by Jason at 3:25 PM