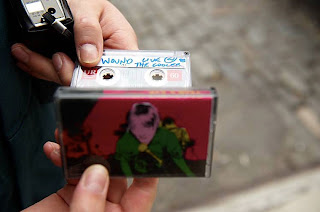 In 1998, the band Unwound played at the Cooler which once stood at 14th and 9th Ave. In an attempt to relive that magic night, we listened to a bootleg live show from that era and talked about what we remembered from the show.
In a further attempt at authenticity, a cassette tape was obtained and dubbed. We created a bootleg case for the cassette and placed it into in a 1998 era cassette walkman. 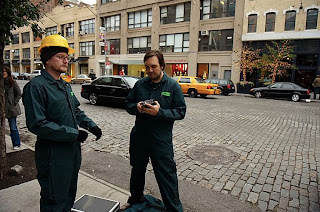 Once we remembered how to use it, the band started tuning up in preparation for the show. We immediately remembered not a lot of people being there and that I had purchased the tickets as a christmas present for HLH. 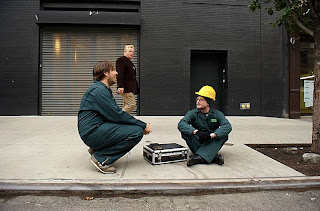 As the show dragged on, we had to sit down and rest our legs...this was not authentic, as we stood the entire show in 1998, but we are older and our bodies can't take the abuse anymore. Also alcohol was not served at this reliving of the show. 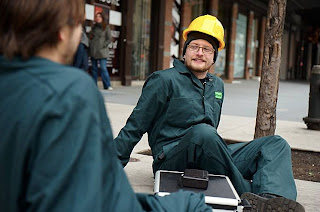 We couldn't remember who opened for Unwound, but we remember we couldn't wait to finally see the headliner. They went on after midnight and really never mentioned the fact that it became 1999. We never thought they would cover Prince or make everyone kiss, but it was a weird detail of the night. 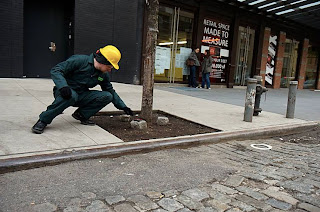 After the show was over, it was decided we would leave the cassette along with our collective memory of the event in the past forever. It would be someone else's problem now. A moment of silence for the tape, the band's breakup, and our youth.

Photos by Rob Coshow.
Posted by Jason at 3:16 PM