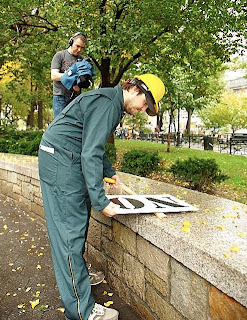 Saturday a strike was called in union square, signs were made for the two opposing sides. Jim Manning was the reporter on the scene. 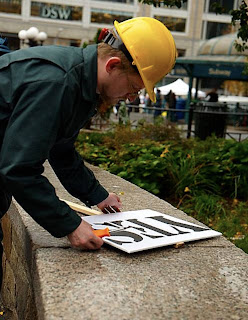 Tension was in the air. 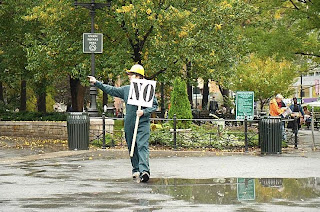 By law we were restricted to keep a certain distance away from each other and keep moving. 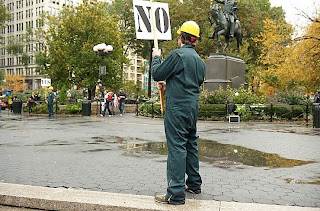 Even if we didn't agree on the issue, everyone is entitled to their own view...you know freedom of speech and all. 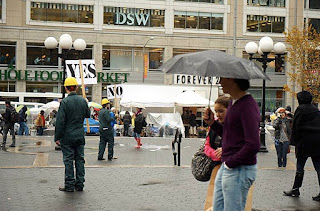 We yelled at each other and the public. They had a right to know. 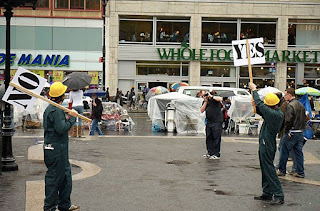 We eventually came to a compromise...we would never be able to agree. 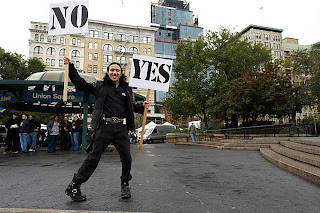 The signs were abandoned but the public took up the cause! This was an important issue! 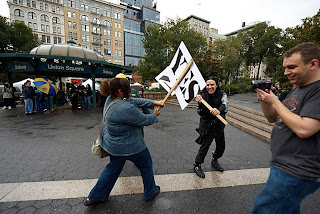 Things got ugly. Jim was almost caught in the crossfire.

Can't we just all get along?

Photos by Rob Coshow
Posted by Jason at 4:25 PM